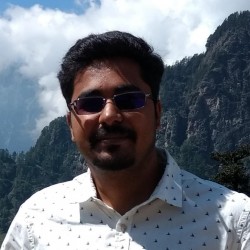 In this article, you will learn how to host a postgres server with ssl enabled using docker and connect to
Feb 10, 2021
3 min read
Jan
29

In this tutorial, you will learn how to install golang, setup you vscode and write a simple hello world program.
Jan 29, 2021
2 min read
Mar
01 How to efficiently level up to 40 in Pokemon go

Getting to level 40 is a humongous task in Pokemon go. Catching Pokemon and spinning pokestops is not be the
Mar 1, 2020
2 min read
Dec
03 Eggs and candies are essential part of pokemon go. You need candies to evolve/power up pokemon and eggs generally
Dec 3, 2019
1 min read
Oct
14

Switching between Mac and Linux made easier

There might be cases where you need to be working in both OSX and Linux. Switching between Mac and Linux
Oct 14, 2019
1 min read
Sep
14 MongoDB is an essential part of microservices architecture. MongoDB is a document-based no-SQL database. Let’s look at how
Sep 14, 2019
3 min read
Sep
04

A Simple Prometheus client for httprouter

As the AWS infrastructure becomes bigger, maintaining security groups becomes harder. This is very hard to do manually. In this
Apr 12, 2019
1 min read
Apr
07

Switching between Mac and Windows PC made easier with Auto Hotkey

Switching between Mac and PC is such a pain. The hotkeys are so different that you mess up quit a
Apr 7, 2019
2 min read